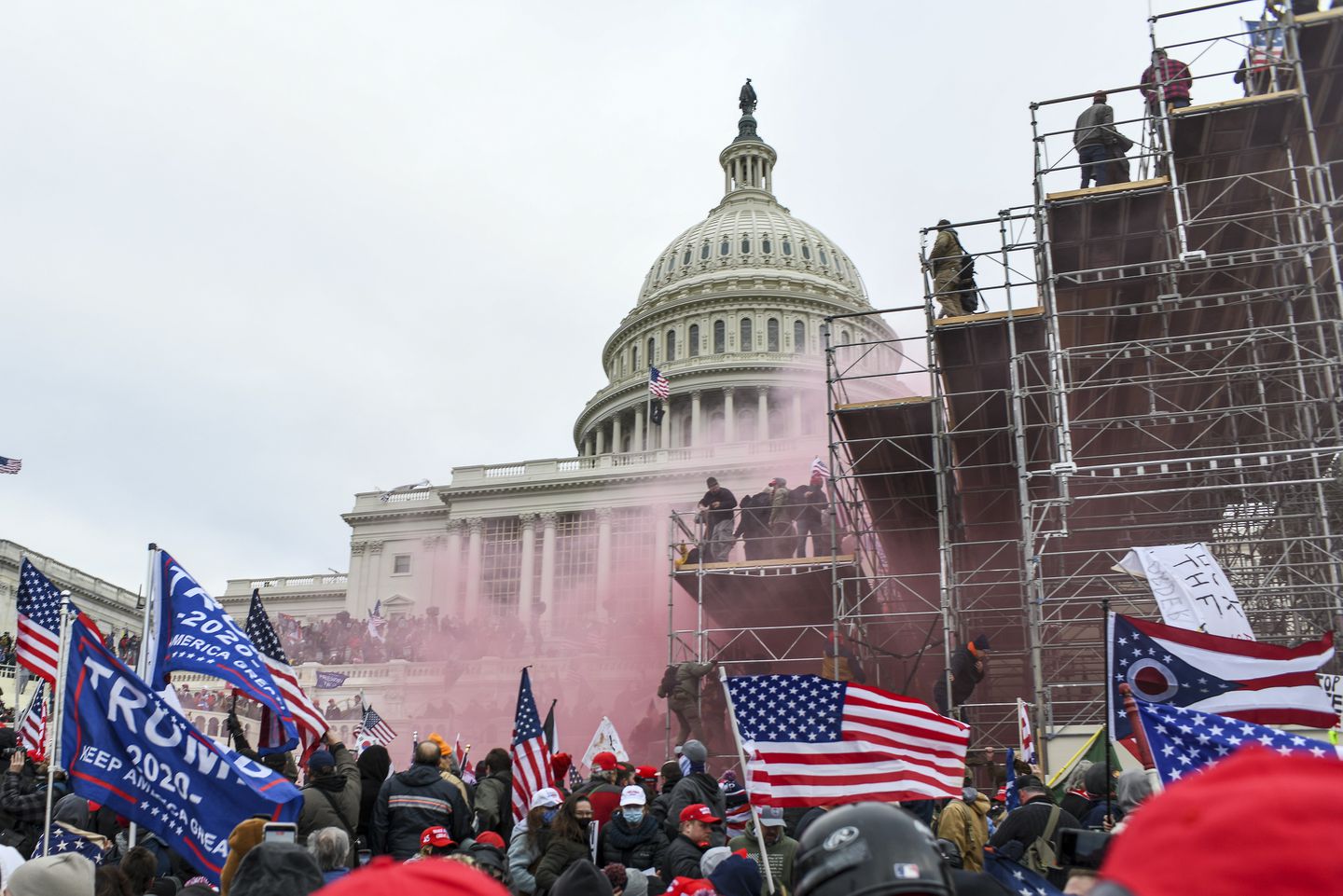 The capital insurrection will forever represent a stain on our nation’s young history.  There is no way around it.  It was the physical manifestation of the great divide in our country.

Not only was it a national embarrassment, but lives were lost or forever changed, all in vain.

Although we do not yet have a complete picture of who was involved, what their individual motives were, and the extent of what crimes they may be guilty of, we do know one thing for sure… they were horribly misguided, they exhibited terrible decision making, and they should be be prosecuted to the fullest extent of the law.

The use of violence, destruction, or mayhem in the name of protest is unequivocally wrong.

It was wrong in 1995 when Timothy McVeigh bombed a federal building killing 168 people in protest of what he believed was the overreach of federal police.  It was wrong in 2011 when leftist protestors stormed and overtook the Wisconsin State capitol building for nearly two weeks bringing their government to a standstill.  It was wrong in 2015 when white supremacist Dylann Roof attacked a Charlottesville church, murdered 9 people who were attending Bible study.  It was wrong in 2016 when BLM extremist Micah Xavier Johnson ambushed and murdered five Dallas Police Officers at a racial justice protest.

It was all wrong, and should be unequivocally condemned.

As a nation, we are better and smarter than this.  We have been given a framework and the tools to address our grievances without the need to resort to violence, especially in a Democracy.  Martin Luther King Jr. proved it to us.

But this has not been the consistent position of the media, or even many politicians.  In the wake of the violence sweeping across cities in the wake of America’s social awakening, the country was bombarded by messages of justification for the mayhem.

Some citizens lost access to their property.  Some saw their life’s work burned to the ground.  Some saw coordinated acts of destruction and looting.  They even saw protestors try to padlock a police department with the intent of burning the occupants alive.  Adding insult to injury, many of these heinous criminal activities were not even charged by the district attorneys who swore an oath to uphold the law.  It was all done in the name of social justice after all.

As a result, an idea seems to have taken root among many conservative extremists; a poisonous root that says resorting to violence is justifiable in the name of a righteous cause.

Not only did we see this with the recent insurrection, but when a militia group in Michigan planned to overtake the State Capital and execute public officials.

This is the real lesson for us to take from the capital insurrection and the other acts of mayhem we have recently seen transpire; you can be willing to understand the motives of those with whom you disagree, without having to condone their actions.

There is no downside to understanding.

There is no downside in #BlueLivesMatter supporters taking time to understand the perspective behind the #BLM movement and the decades of injustice, unnecessary loss of life, and other systematic tragedies that have fueled their rage.

Equally, there is no downside for #BLM supporters to understand the anxiety and fear experienced by the men and women of law enforcement who work tirelessly in some of the most dangerous cities in the country, regularly seeing their brothers and sisters injured or killed on the job.

No one perspective is all right, or all wrong.  Let’s all spend less time judging, and more time understanding those who are different than us.

To that end, make it your mission to engage with someone that has a different opinion than yours, or seek out a media source that represents an opposing point of view.  Get curious about them and listen with an open mind.

It is not until we arrive in that place will we ever begin to heal.

← Censorship is not the answer. Transparency is. The Transparency In Journalism Act. A chance to face hypocrisy in the mail in voting debate. →